We knew we were going to be staying in an ancient and historic part of Antalya when our driver told us we had to walk the last part of our journey to the Hotel.  It didn't matter, though, because it was an enjoyable short walk in the balmy late afternoon sun.  My first impressions of Antalya weren't that great.  It was busy and modern and seemed to be packed with nouveau riche tourists from all over Europe but fortunately that was only my first impression and I soon realised Antalya had much to offer.


Atelya Art Hotel, a lovely boutique hotel crammed with Turkish art and artifacts, is in the quaint and picturesque area of Kaleici, which means "within the castle". The surrounding streets are lined with old Ottoman houses, some having been restored and some in desperate need of restoration, and plenty of craft stalls manned by friendly, pleasant stall holders accompanied by the inevitable cats and kittens.
﻿﻿﻿﻿﻿﻿﻿
﻿


Antalya was founded by Attalus II and was ceded to Rome by his nephew in 133BC. When Hadrian visited the city in 130AD a triumphal arch was built in his honour and it still stands today, in extraordinarily good condition, guarding the modern shoppers who pass backwards and forwards beneath it. Today the city is a mix of the historic and of modern seaside tourism.  Many tourists come for both and others come for one or the other.  We were here, mainly, for the historic so after a good night's sleep and breakfast in the hotel's delightful walled garden we set off for our bus and a trip to the ruined walled city of Termessos.
﻿﻿

﻿﻿﻿
﻿﻿﻿﻿﻿﻿
We drove a long way up the mountain on narrow winding roads before tackling the
last kilometre on foot. It was a hot, sticky hike uphill on a rocky track but fortunately our guide stopped frequently to give us information while we slurped merrily on our water bottles.  It was well worth the climb, though.   Founded in 200AD, the time of Marcus Aurelius, Termessos is more than 1000 metres above sea level and surrounded by dense﻿﻿﻿ pine forests. It has not been repaired in any way and remains just as it was when it was damaged by a huge earthquake and abandoned. The city is thought to have been home to between 10,000 and 15,000 and it is really hard to imagine how on earth they built a city so high up in the mountains.  Several buildings are still recognisable ; the meeting room, a row of shops and a highly sophisticated water cistern system, but the crowning glory is the theatre, built on the very top of the mountain to seat 4,500 with spectacular views in every direction. 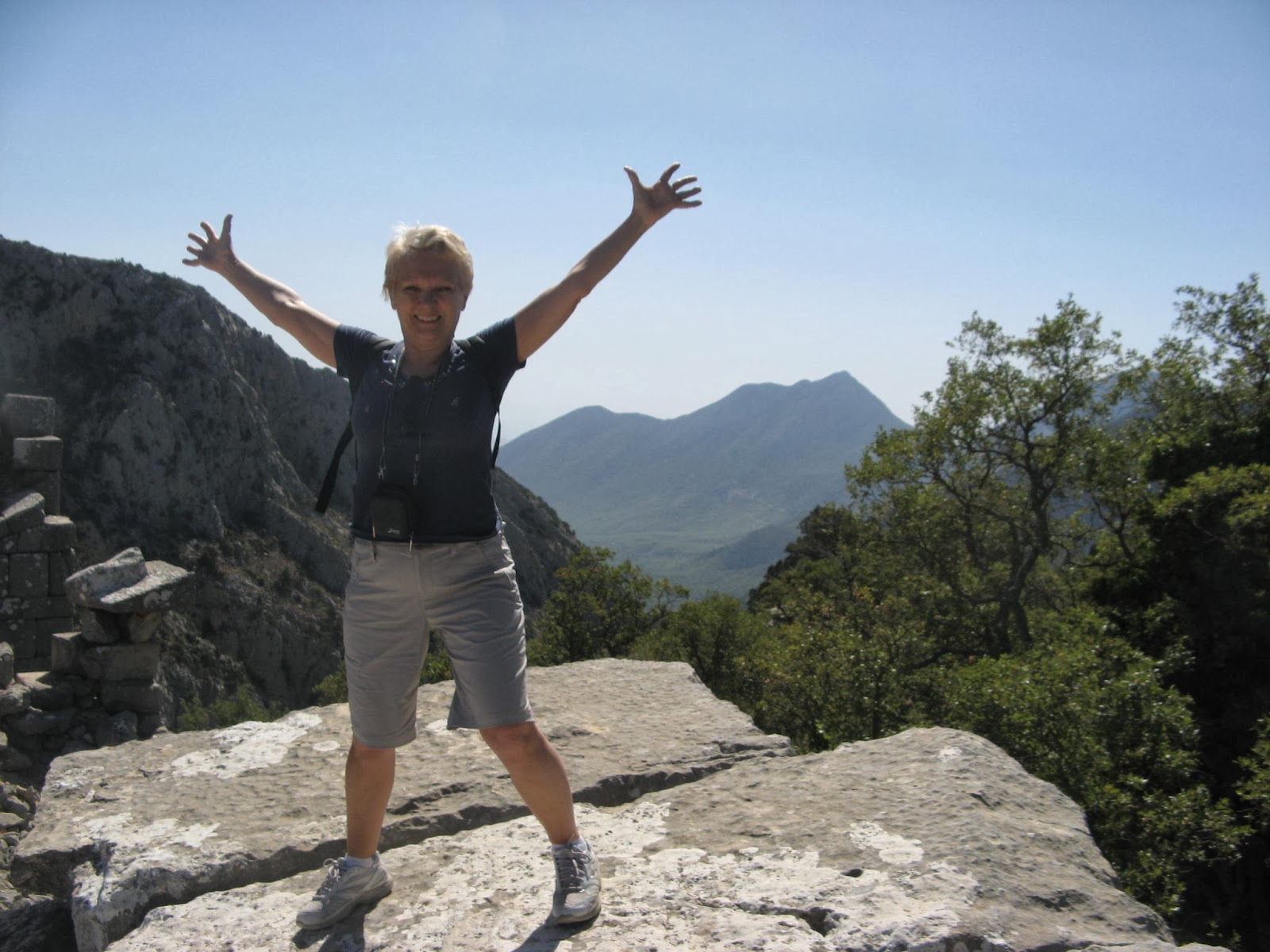 Alexander the Great tried to conquer Termessos three times but always failed.  he even tried to burn the residents out by setting fire to their surrounding olive orchards.  In the end it was the damage the earthquake did to the water cistern, stopping the town's water supply, which eventually drove the residents out. I think the absolute beauty of Termessos is that it has not been restored.  It has lain in the forest just as it was when abandoned many hundreds of years ago and is a peaceful and surreal place.
﻿﻿ 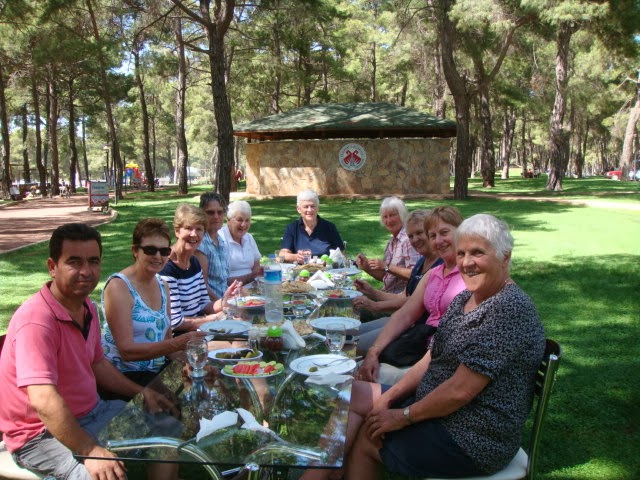 We wandered around for some time and then, we were back to reality and the modern world. It was, however, a gentle return, stopping for lunch at the restaurant owned by our driver's family which is set in a beautiful natural park.  We sat under fragrant trees and dined on freshly made and ridiculously inexpensive Gozlemi (Turkish filled pancakes) while our driver chatted with his family and puffed his chest out with pride.

Our evening meal in Antalya was at a restaurant high above the bay where dozens of softly lit boats lay at anchor below.  It was very romantic so some of us decided to take a walk along the sea front after dinner.  Oh dear!  There were rows and rows of touristy cruise boats bedecked with effigies of pirates and numerous touts looking for passengers, definitely not my thing.  Nevertheless, Antalya is well worth a trip, particularly to visit Termessos and to visit nearby Mt Olympus, which I will write about next time.

Posted by a wandering widow - solo travel at 16:59