People flock from around New Zealand and overseas to live in  Auckland,"the big smoke".  Although New Zealanders from other parts of the country deride Auckland with a rather parochial and sniffy attitude that it is too big for its boots and gets too much attention and money from central government the fact remains that it is where one third of the country's population want to be.   And it is an exceptionally beautiful, exciting and vibrant place that I am proud to call home.  However, the downside to Auckland's popularity is that the city's voracious appetite for accommodation means that housing estates are marching ever onwards into the countryside resulting in the loss of some of our prettiest rural villages  To the west of Auckland villages such as Huapai, Kumeu and Albany have already been swallowed up by development but in the south east there remains an absolutely delightful village called Clevedon which so far has avoided the developers hands albeit this may not be for much longer.
﻿

All my life I have loved Clevedon.  As a child it was an occasional ice cream stop after a day at the glorious nearby Maraetai Beach. As a young courting couple my husband and I would take romantic drives into the country to browse the, at that time, sole craft shop and have coffee.  As a young mother I made handcrafts for a bit of pocket money which I sold through that same craft shop and nowadays I love to head out on a Sunday morning to visit the wonderful farmers market (established in 2005). 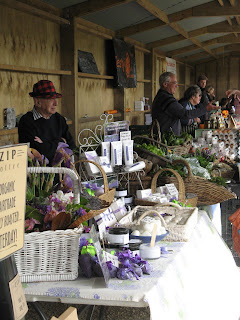 Clevedon is set in lush, rolling, farmland about a 40 minute drive from my home.  I can access the village by two different routes.  One is through countryside and up over a small range of bush clad hills, the other is through the countryside and along the stunning coastland of Maraetai Beach and the bays beyond.  They are both incredibly scenic.  I usually take the shorter hill route and my heart always lifts as I come down from the hill and see the village beyond...it makes me happy. 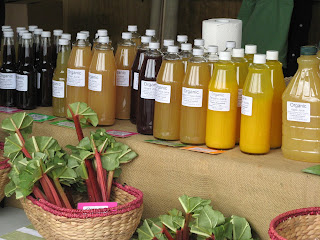 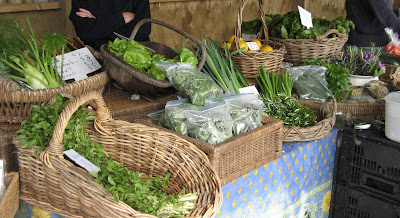 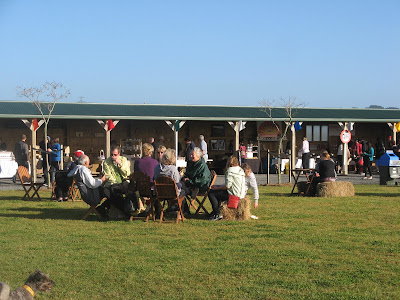 On Sunday mornings the village is abuzz but first I head straight for the farmers market, a little out of town on a spacious, purpose built site. I love strolling the 60 odd stalls which sell everything from smoked salmon, to buffalo mozzarella, breads, artisan sauces, jams, cakes, cheeses, fruit and vegetables, plants, and an assortment of hot food; the bacon and egg burgers always have a long queue.  I take my time picking and poking, making purchases, chatting to the stall holders until it is time for a coffee and a sit down.  Sitting on a hay bale sipping coffee, munching on a fresh pastry and listening to live jazz is a great way to spend a Sunday morning and even frazzled parents can take a break while their children enjoy a pony ride. 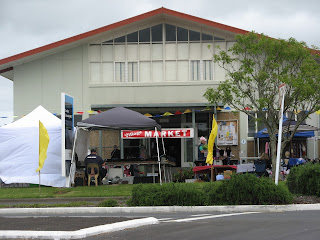 Later I head back into the village of Clevedon and have a browse at the  market in the village hall.  On sale are hand crafts, soaps, antiques, jewellery, knitted garments, jams and vegetables.
Across the road are two high quality gift shops selling New Zealand merino garments, sheepskin products, wine and assorted souvenir and home décor items.  There are a few other shops in the village worthy of a browse too including a delicatessen and a chocolate shop.

Above: The McNicol Homestead, now the museum

Clevedon boasts New Zealand's largest polo club where games are held 4 times a week during the polo season.  There is also a museum in the McNicol Homestead, home of one of the earliest settlers.  The museum is open on Sunday afternoons.  In winter the village hosts an Agricultural and Pastoral show, commonly known as an A and P show.  Showcasing all things rural A & P  shows are a New Zealand tradition where prize animals are paraded, and wood chopping  and wool shearing competitions are keenly contested. 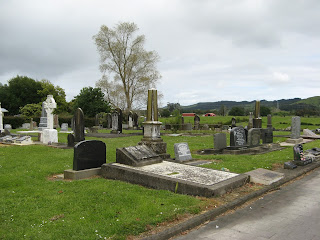 Clevedon really is a gem and I was alarmed and saddened to learn that it too may soon be gobbled up...plans have just been announced to build 800 houses around the village.  I suggest you go there soon to enjoy a delightful rural village before large store chains are built for the benefit of its new residents and it becomes just another nondescript suburb in the sprawling city.
www.clevedon.co.nz                    www.clevedonfarmersmarket.co.nz

Posted by a wandering widow - solo travel at 18:15 No comments: